The Development Academy of the Philippines (DAP) played a major role in the recently concluded Seminar-Workshop on Automated Government Service Management System for the Regulatory Agencies under the Department of Agriculture.

The five-day event, which kicked-off on 8 November 2021, was held at The Bayleaf Cavite and was simultaneously broadcasted online via Webex. The workshop aimed to help the regulatory offices under the Department of Agriculture (DA) to streamline and harmonize government processes, procedures and requirements through digitalization and automation.

DAP President and CEO Atty. Engelbert C. Caronan, Jr., along with other distinguished officials of the bureaucracy, delivered their respective Welcome Messages during the kick-off event. President Caronan, in his message, expressed his warmest support to this very important undertaking of the DA as it embarks on capacitating DA personnel with new ideas, concepts, studies, and best practices to modernize the current agricultural services. He highlighted the need to be more creative and to think out-of-the box in order for our lives and livelihoods to survive as we move to the “new normal.”  Moving forward, he encouraged the participants to have the mindset of constantly improving in order to make things more efficient for the organization and become more responsive to the needs of our fellow citizens. He expressed his belief that mainstreaming innovations and regulatory reform initiatives largely depend on the manner by which regulatory bodies steer the direction of its regulated entities to adapt smart approaches in operations and policies that underpin these regulations.

As one of the main speakers, DAP Vice-President Arnel D. Abanto  shared the results of the Philippine Council for Agriculture and Fisheries or PCAF-commissioned study on the “Review of Laws and Regulations to Enhance Policy Environment Towards Agriculture and Fisheries Modernization.” Prior to his presentation, he commended the DA management for gathering the whole agency to review its existing operations and policy issuances. He stressed the need to remove the burdensome regulations and requirements, including the existing flaws, inefficiencies, and “red tape” as the DA embarks on automation.

VP Abanto also highlighted that the results of the study as well as the ongoing study on the Full-blown Assessment on the Agriculture and Fisheries Modernization Act (AFMA) are good reference materials of the DA as it moves towards its goal of being “OneDA” in its quest for streamlining and service process improvement. It is high time that the DA management considers the recommendations of these studies.

The DA acknowledged this as the event host referred to the said studies, along with other DAP publications on “Enhancing Regulatory Management in the Agriculture and Fisheries Sector: A Benchmarking Study” as the “bible” or reference of the DA regulatory agencies in their regulatory streamlining initiatives to improve the delivery of service processes and ultimately promote economic growth for the agriculture sector.

The five-day DA event is in support of the Republic Act 11032 or an Act Promoting Ease of Doing Business and Efficient Delivery of Government Services. The workshop was attended by more than 200 participants from OneDA family comprised of DA-Central regulatory offices, regional field offices, bureaus and attached agencies and corporations via in-person and virtual modalities. The workshop was concluded on 12 November 2021 as the DA launched its first-ever Digital Agriculture Command Center.

For more information about the DAP studies and researches, visit www.dap.edu.ph or email pdc@dap.edu.ph. 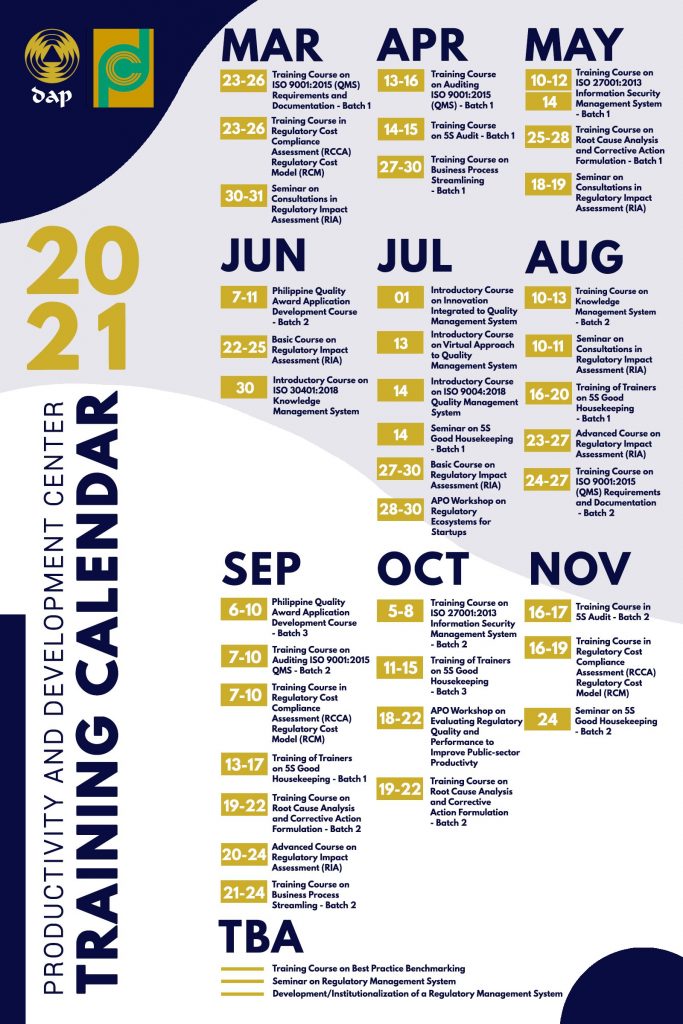 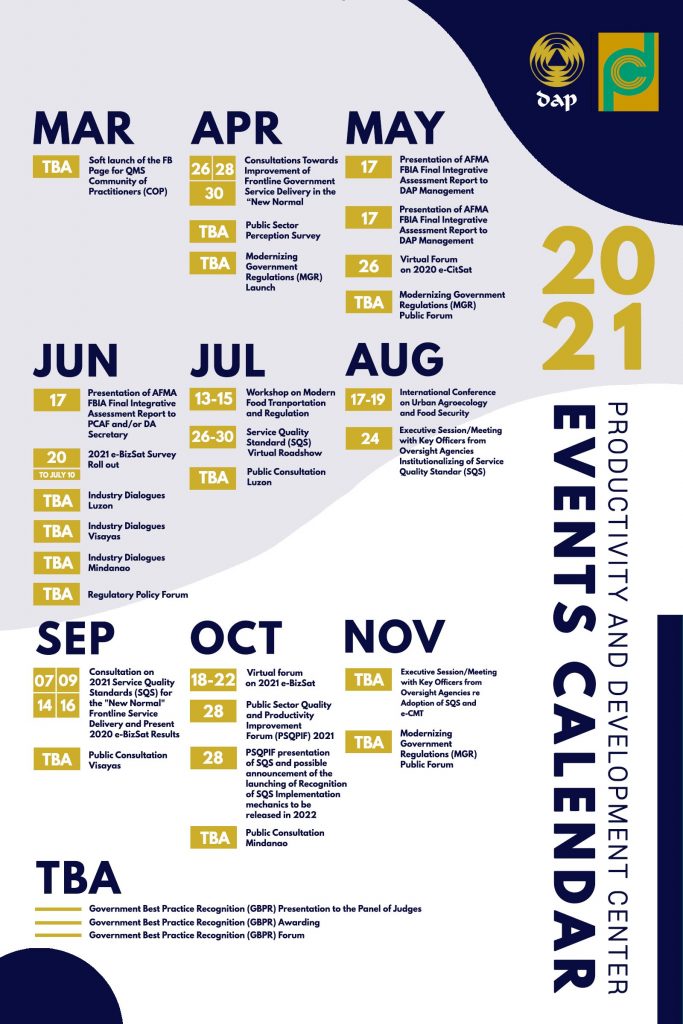 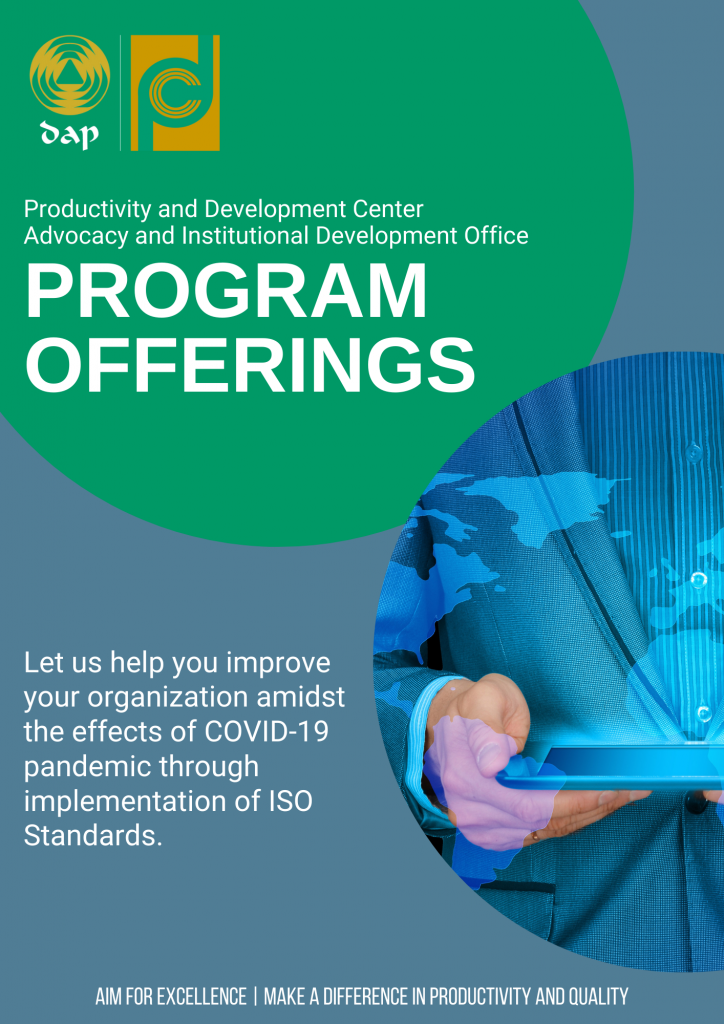 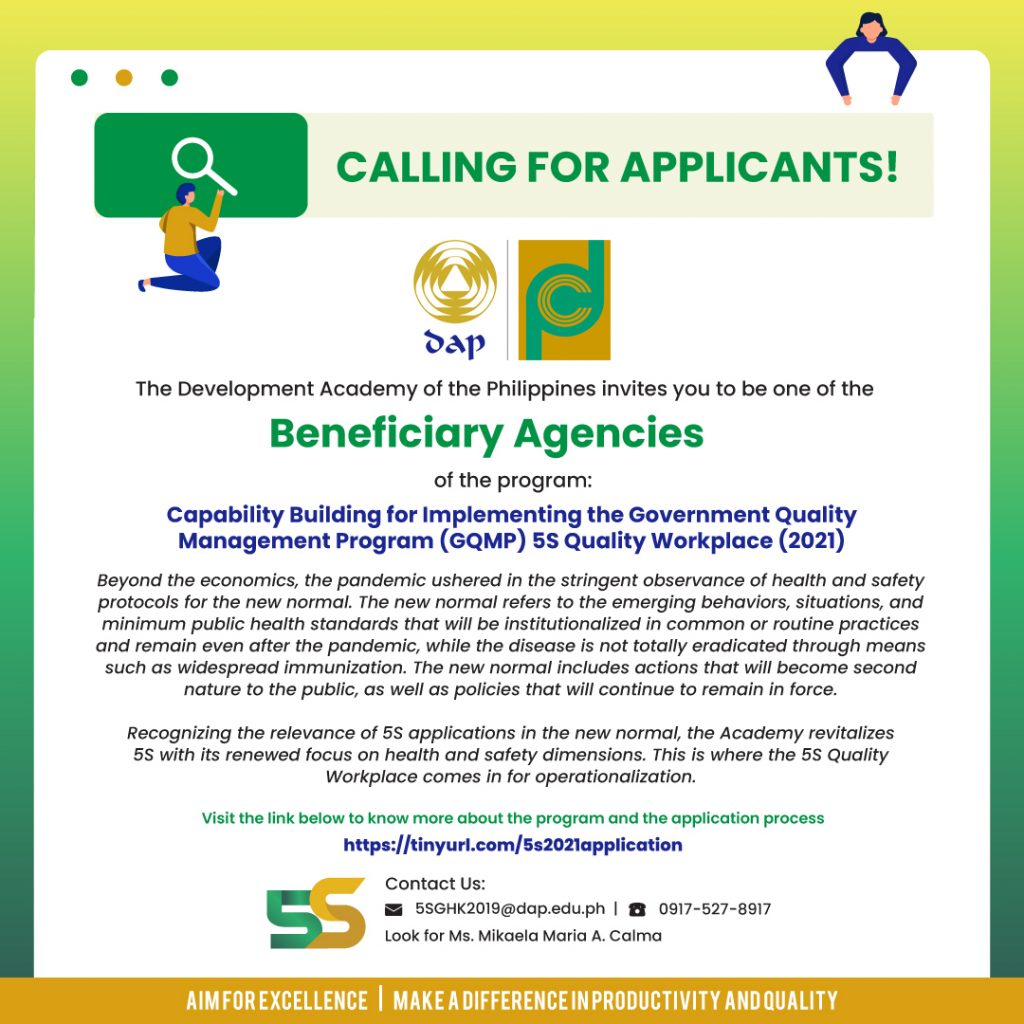 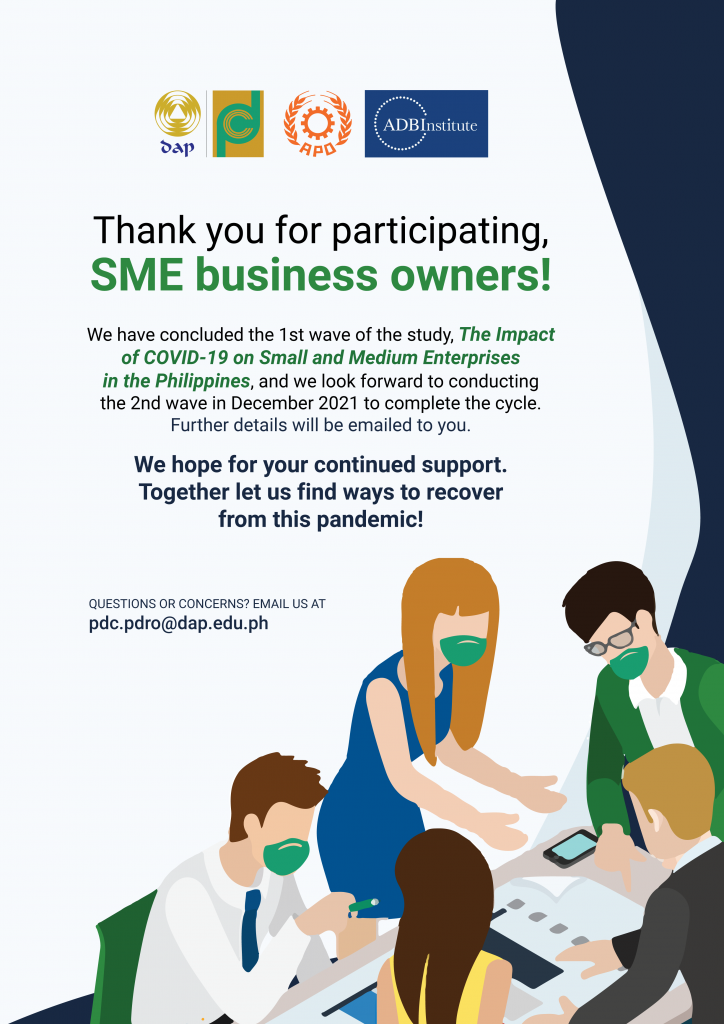 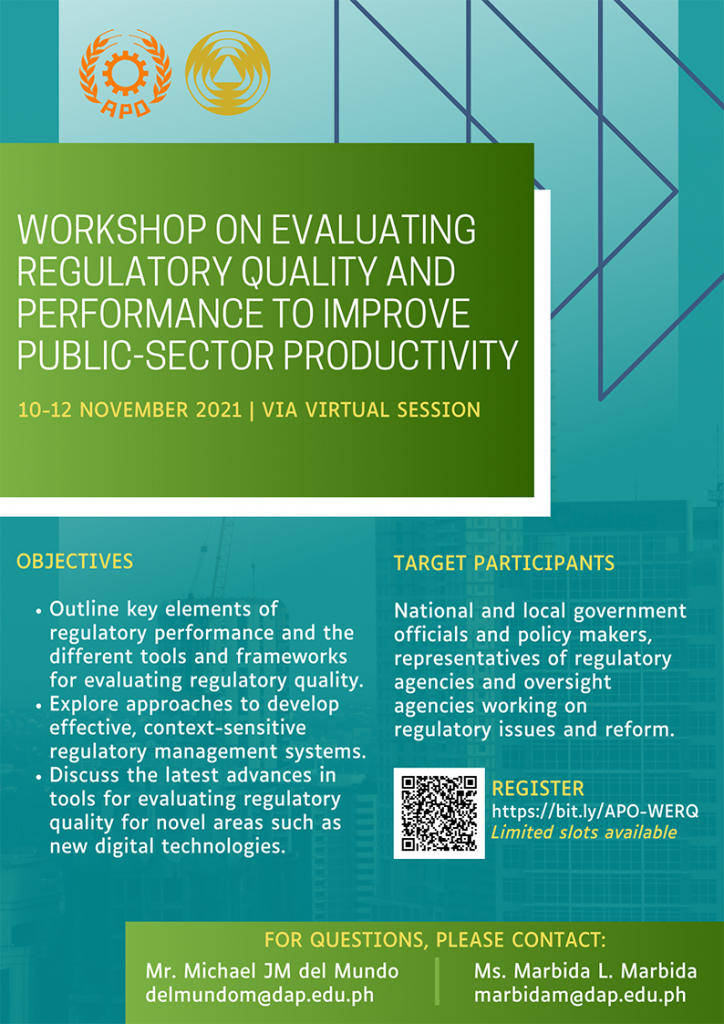 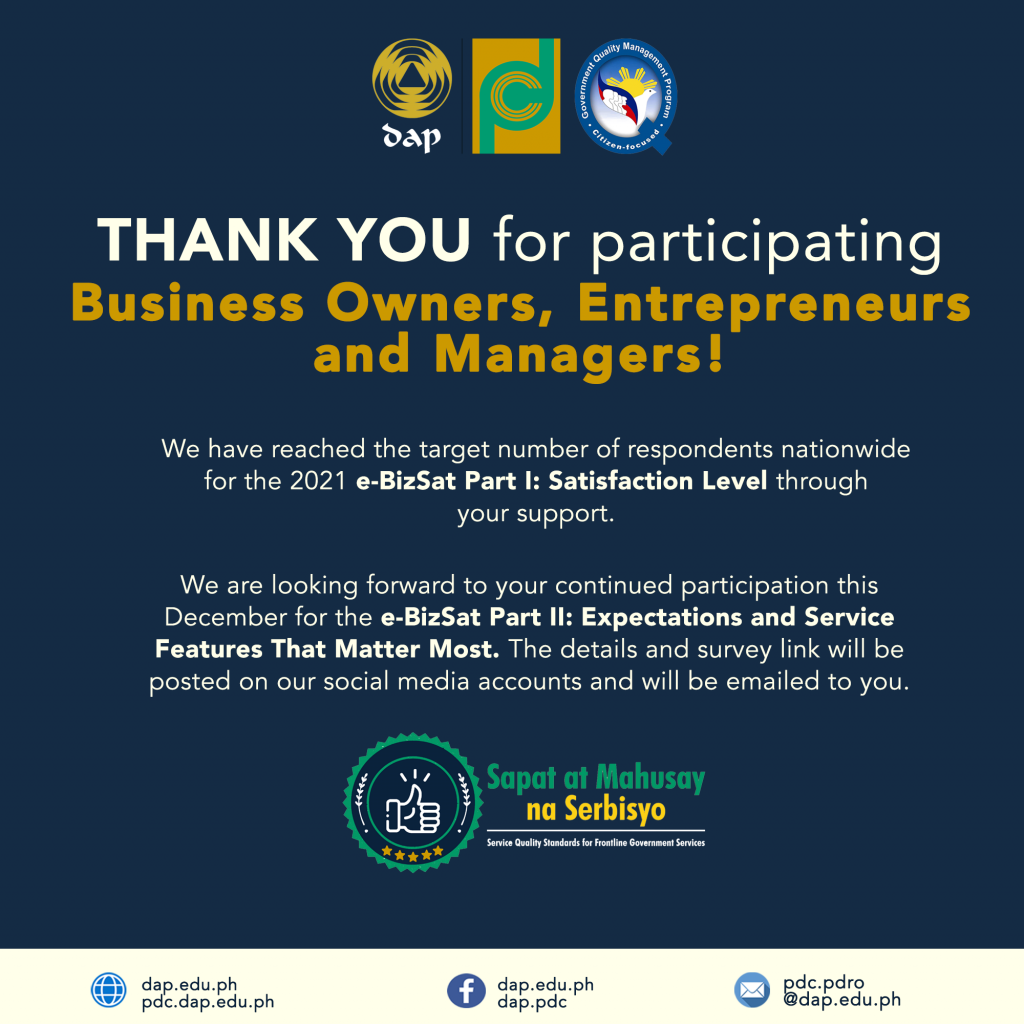 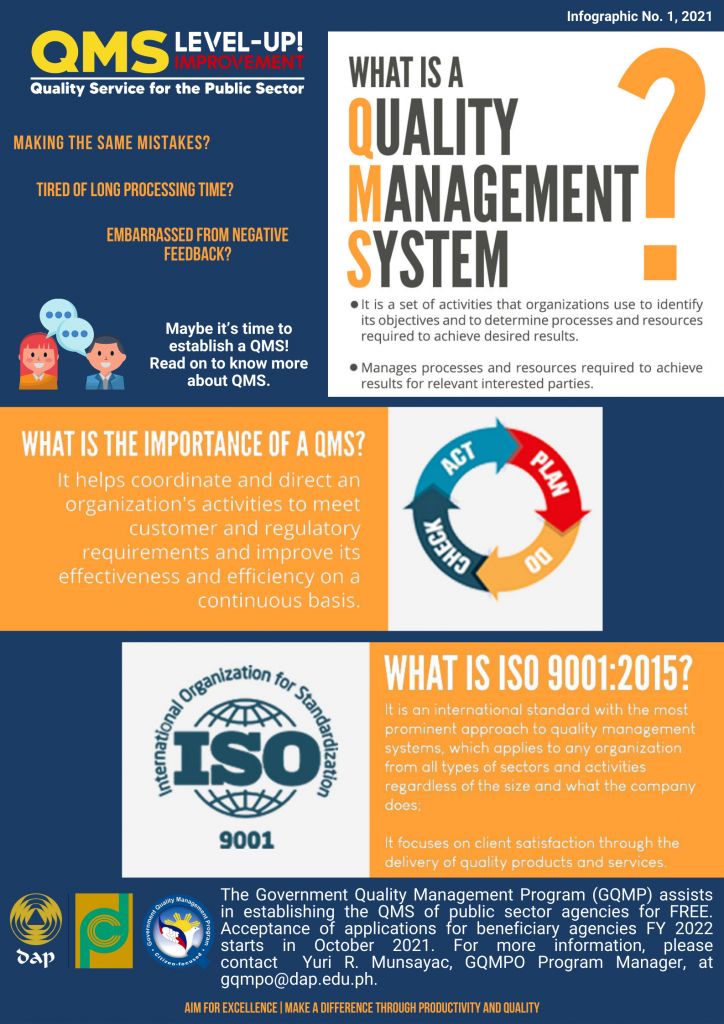 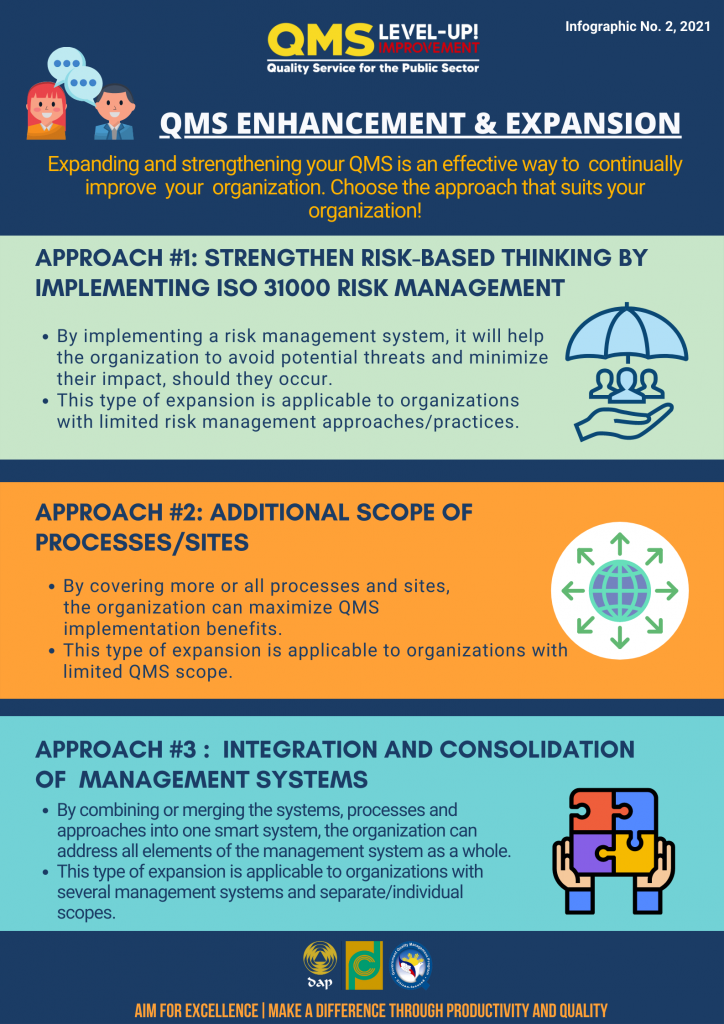